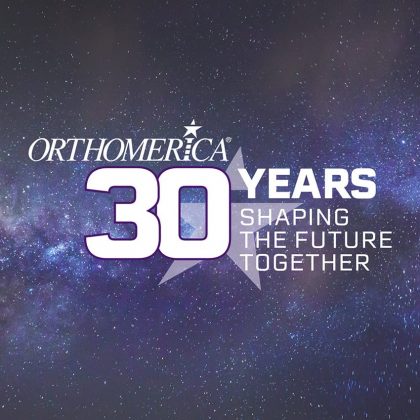 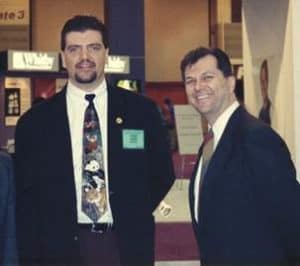 Orthomerica celebrated its 30th anniversary on February 28, 2019. Wow—Just like that!

Orthomerica started as a bicoastal enterprise. David Kerr started the company in his back bedroom after leaving Orthomedics, the pioneering O&P company that had been sold to start Novacare. At the same time, Shannon Schwenn started up the manufacturing and distribution in Orlando after leaving DOBI-Symplex.

The company’s first products were a single axis shoe insert for tibial fracture braces and prefabricated leaf spring orthoses. The first real blockbuster product came a few years later in the form of the Newport Hip Orthosis, which is still the worldwide best-selling hip orthosis after 28 years! In 1991, a significant percentage of total hip implants were dislocating, and “the Newport” stopped that by using bilateral pelvic pieces to make a preventive orthosis. This design also served to remind post-op patients not to cross their legs or sit in soft couches with their hips lower than their knees.

The next blockbuster product was the STARband cranial line, followed by several high-tech scanning systems as Orthomerica “teched itself up.”

David Kerr remembers handwriting all company invoices in the early days while attending his sons’ T-Ball and Little League practices. He was pleasantly surprised when the comptroller told him about window envelopes, meaning he had to write the customer name and address only once on the invoice, then properly folding it so the address could be seen. He also remembers emptying the post office box on Saturdays, when all the bills seemed to arrive, thus flavoring the whole weekend. (The customer checks would always seem to come on Monday, but the anxiety had already prevailed over the weekend.)

Shannon remembers creating all of the literature on his original Macintosh computer, the case of which had been signed by Steve Jobs and Steve Wozniak, as it was one of the very first ever made. Shannon would put down the welding torch, clean his hands, draw the products on Aldus Pagemaker, and then add some text to send to David for editing.

The company grew steadily from the first year on and has enjoyed double-digit growth virtually every year since. David, Shannon, and the current management team all say that the reason is quite simple – a clear vision and desire to be the best. Surrounded by a great group of co-workers, Orthomerica continues to strive for the highest quality each and every day.

Everyone at Orthomerica recognizes that we must be straight shooters at all times, and offer the best customer support to maintain our worldwide market-leading position. Nothing is taken for granted. 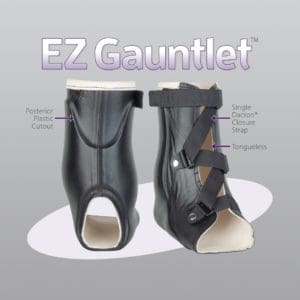 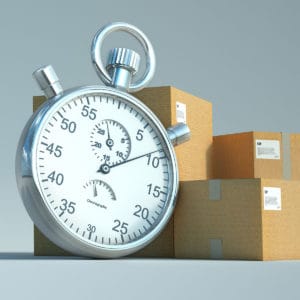 Dear Orthomerica Customer, One of the impacts of the global pandemic has been the significant e-commerce delays due to the unprecedented surge in volume with freight carriers i.e., DHL Express, FedEx and UPS. Each of these three freight carriers remain fully operational on a global level. However, as shipments move through the network, we have

You have Successfully Subscribed!