Successful treatment of the diabetic foot ulcer depends on many medical variables. One thing that remains constant — the pressure, trauma, or deformity that caused the wound must be corrected and relieved.

When the patient with Diabetic Peripheral Neuropathy exhibits gait deviations due to ankle instability, foot deformity or contracture, repeated micro trauma may cause ulceration to a particular part of the foot. Contractures of the achilles tendon can often lead to midfoot, forefoot, or digital ulcers. Likewise, ankle instability or a lax achilles tendon can contribute to heel ulceration in the insensate limb.

Most diabetic ulcers are secondary to an orthopedic anomaly and neuropathic foot. Healing success and healing time depend on medical factors such as a patient’s general health, controlled A1C, vascular health, and weight, to mention just a few. Maximal correction and unloading of the anomaly is imperative for the fastest possible positive outcome.

In 2005, Jeff Miller C.O. began providing orthotic wound care to what became a large segment of the diabetic population in Hartford, Connecticut. The attending surgeon challenged his staff to develop an orthotic wound program that would complement the ongoing wound therapies and post-operative care being offered at the Wound Center.

The Goal: To keep our patient population ambulatory while stabilizing the foot and ankle and supporting or correcting the limb to promote all of the health benefits associated with mobility.

The OWLS Program is a culmination of ten + years of clinical orthotic development — accommodating diabetic ulcers classified Wagner 1-4 with custom orthoses while correcting and stabilizing the ankle complex.

As a Wound Center team member, Jeff had the opportunity to develop close professional relationships with the other team members including Podiatric, Vascular, and Plastic Surgeons.

Not only is wound care interesting and rewarding, it is an effective way to network your Practice! Orthotic care is a very important component of a comprehensive wound care/limb salvage program.

Refer your patients to

In my brief use of the OWLS Boot I have seen over 45 patients with various Wagner Scale planter grade neuropathic diabetic ulcers. The results have been remarkable, with 80 percent of the patients healed and discharged; the remaining 20 percent are successfully progressing. Because of the unique characteristics of the OWLS Boot adjustability, its use with edema and infected wounds, the various boot profiles for wound site locations makes the OWLS Boot an excellent choice for wound care management.

As a remarkable example, I fitted a woman who had not walked in three years due to bilateral heel ulcers. After being fitted with the OWLS Boots she stood on the first day with her walker and left the clinic walking. Her heel ulcers have totally healed after 8 weeks with the use of this boot.

I can with full confidence recommend the OWLS Boot to all who work in Wound Care Management.

I am pleased to let you know my second OWLs patient, who was a bilateral forefoot and heel, is officially healed in both wounds after two months and 20 days. It had been suggested, strongly, on numerous occasions, that he have his toe amputated due to osteomyelitis. The patient refused every time, and I believe he is no longer at immediate risk for an amputation. He will continue in both boots for a while and then transition to diabetic shoes.

Thank you for a wonderful product. It is changing how we manage our wound care patients and truly saving limbs. Wounds are healing faster than expected, and patients are tolerating the AFOs well. Please send my thanks to Dr. Suecof, as well.

Lisa D. Rubrich M.S., C.O.Mercy Health System Orthotic and Prosthetic Center
I have successfully incorporated the OWLS program into my diabetic wound practice as a viable alternative to total contact casting in patients with plantar heel and forefoot ulcers. The custom orthoses reduce shear forces to the foot while stabilizing the foot and ankle complex and reducing pressure to the affected site.​ 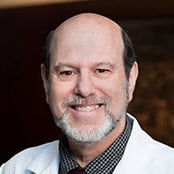